App Commerce Goes Big in Asia-Pacific Report has been released by Criteo. Due to the ongoing COVID-19 outbreak, apps are becoming indispensable tools for users to shop, entertain, and contact the families.

According to the related data, 55% of shoppers in the Asia-Pacific region have downloaded at least one shopping app (retail, food, or groceries/alcohol) at the peak of the COVID-19 outbreak. This phenomenon is more significant in Singapore, where 67% of shoppers have done so; 36% of respondents have installed new retail shopping apps in mid-May to mid-June this year.

The Result of the Study

During the period of home quarantine, 53% of respondents in Singapore have used the apps based on the recommendations from friends, family, or colleagues, in which it is higher than the average of 46% in the Asia-Pacific region.

The advertisement has also played a significant role in the app’s promotion. 47% of shoppers in Singapore have downloaded at least one app during the home quarantine due to the advertisement on social networks, TV, or other applications. Compared with others, the proportion of this phenomenon in the Asia-Pacific region is 60%.

One-third of shoppers in Singapore have increased their app usage during the home quarantine: 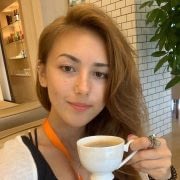