Yuri Milner doesn’t set up his own office in the local area, and he has no intention of building a huge team. Wherever there is a good company in the world, he buys a ticket and flies there, just like an angel giving money.

In 2009, he paid $200 million for a 2% stake in Facebook. Today, the market value of Facebook is more than $750 billion. The initial investment of $200 million got a return of $15 billion! He is also the common investor behind a number of Chinese Internet companies including Ali, JD.com, Toutiao, Didi, Meituan, Xiaomi, Momo, and so on.

Yuri Milner, a mysterious Jew who is low-key to the lowest point, but spent only seven years casting down almost half of China’s Internet!

Many people may not know who Yuri Milner is, but in the venture capital world, DST led by him is famous: in less than 15 years since its establishment in 2005, DST has collected almost all the high-quality Internet giants in the world, including Facebook with a market value of $750 billion and Alibaba with a market value of $800 billion.

Among the targets of DST investment, there are a large number of companies with market value or valuation of $10 billion. The investment performance of DST is enough to make SoftBank burst into tears, even to silence Berkshire Hathaway of Buffett.

The reason why DST’s “hunting operation” in investment has been so successful has something to do with its legendary founder, Yuri Milner.

Yuri Milner was born in Russia on November 11, 1961. When he was in college, he studied physics theory. After graduation, at the age of 24, he joined the Soviet National Academy of Sciences and worked as a researcher in particle physics for four years. Being able to enter the Soviet National Academy of Sciences as a researcher at such a young age shows his talent and intelligence.

Had it not been for the sudden changes in the country, Yuri Milner would probably have won a Nobel Prize in physics like Yang Zhenning.

However, a grain of ash of the times falls on individuals is a mountain. In 1989, the unexpected upheaval in Eastern Europe came abruptly, with the collapse of the Soviet Union and the devaluation of Russian currency, and poor Milner lost the equivalent of $5 a month at the former Soviet Academy of Sciences.

Fortunately, he was still young at that time, only 28 years old, and has a flexible mind. After some reflections, Milner believe that people can’t stare at one place. As a result, he changed from a genuine national scientist to a second-hand market reseller, mainly in reselling second-hand computers to earn roubles.

However, Yuri Milner’s father had great expectations of him, and he thought it would be a waste for his son to go on like this. Therefore, although the domestic situation was already so difficult, his father used all kinds of connections to send him to Wharton Business School, a famous business school in a hostile country on the other side of the Pacific Ocean.

Perhaps he had accumulated too much business practice in selling second-hand computers. At Wharton, Milner was not interested in the business theory in the classroom, and in the end, he didn’t even finish his studies.

However, his mentors spoke highly of him, and one teacher declared publicly: with my decades of experience, there is no second person in the world who has more distinctive insight than Milner. This guy will soar in the future!

In 1999, Milner read a report by Mary Mick, the queen of the Internet, and his heart was full of excitement. He decided to make a career like Queen Mary Mick.

After that, he founded a venture capital fund called NetBright, and intended to achieve the appreciation of NetBright by investing in promising Internet companies in Russia. However, he did the right thing at the wrong time: shortly after NetBright was founded, the global Internet bubble was shattered and the valuation of NetBright shrank by 97% in a short time.

Of course, the situation of NetBright was not the worst. At that time, the market value of a more famous international investment company declined by 99%, which was called SoftBank, who resolutely invested Alibaba $30 million after Alibaba was being rejected by Chinese investment institutions dozens of times.

Under the heavy pressure, Milner had to put aside his ambitions and settled for second place, making the decision to merge NetBright with Port.ru, the largest e-mail service in Russia, to form a social company Mail.ru.

After the establishment of Mail.ru, Yuri Milner, as CEO, received an annual salary of only $1 because the global Internet situation was still unclear. 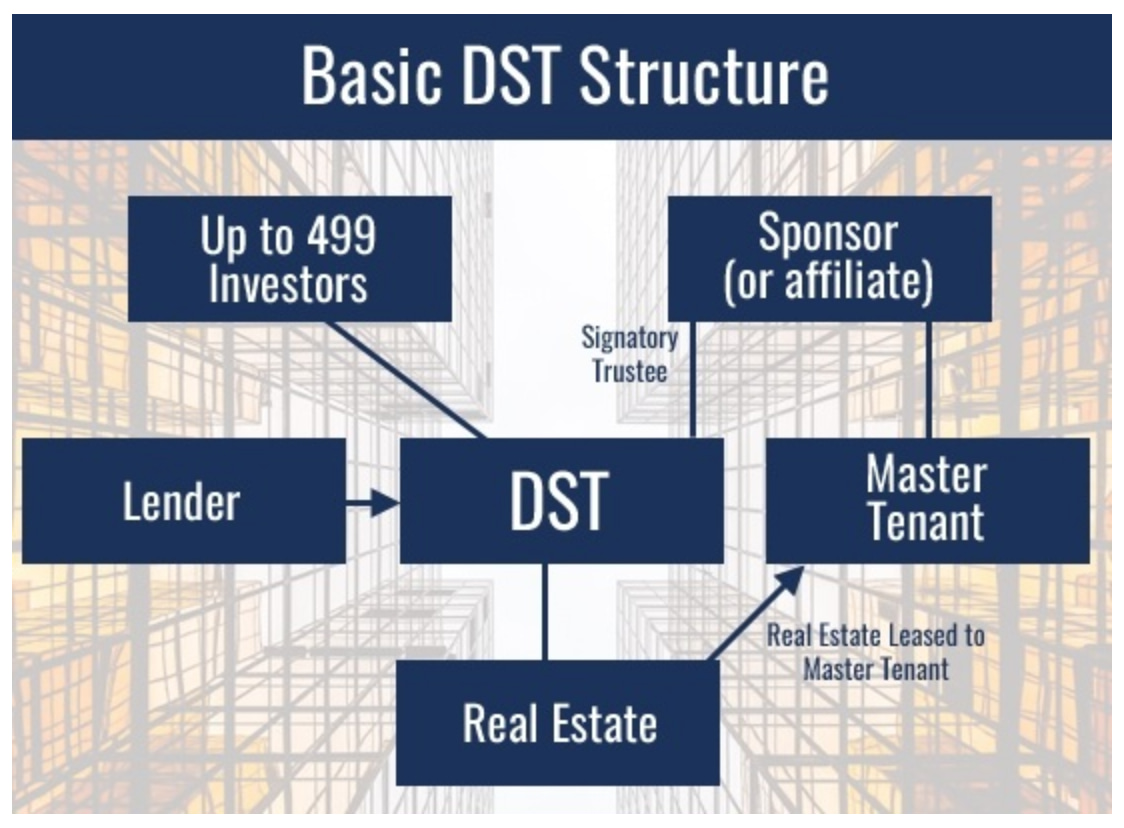 In 2005, the company split into global investment funds DST and Mail.ru. DST, which will be all-powerful in the investment market, was born.

In 2006, DST received investment from Tiger Management and Naspers and began to expand its business comprehensively.

In 2008, DST broke into Silicon Valley and made a surprising move. It invested $200 million in Facebook. And two years later, DST invested almost all of Silicon Valley’s technology giants.

In 2010, DST went public, creating the largest Internet IPO in Europe at that time. An international investment giant has grown up!

Yuri Milner is the common investor behind Ali, JD.com, Meituan……

DST was unable to invest a large number of money all over the world without the support of the capital behind it. The biggest LP is Alisher Usmanov, the Russian oligarch. For a long time, this fat man with a round face was the third richest man in the world after Bill Gates and Larry Bach.

In addition to Alisher Usmanov, Naspers and Tencent are also shareholders in DST. If we have any impression of the history of Chinese Internet companies, we should know that Nasoers was once Tencent’s largest institutional shareholder.

In 2010, Tencent invested $300 million in DST and acquired a 10.26% stake and 0.51% of the total voting rights, and was entitled to nominate an observer for the DST board of directors.

Because of these relations with the Chinese market, DST’s investment in China has been going smoothly.

In 2011, Milner moved DST’s headquarters from Moscow to Hong Kong, which means that DST’s investment direction has shifted from the world to China.

When Xiaomi and JD.com were still in their infancy, Milner saw the potential of these two companies. When it comes to investment vision, Milner is even more unique than Masayoshi Son. 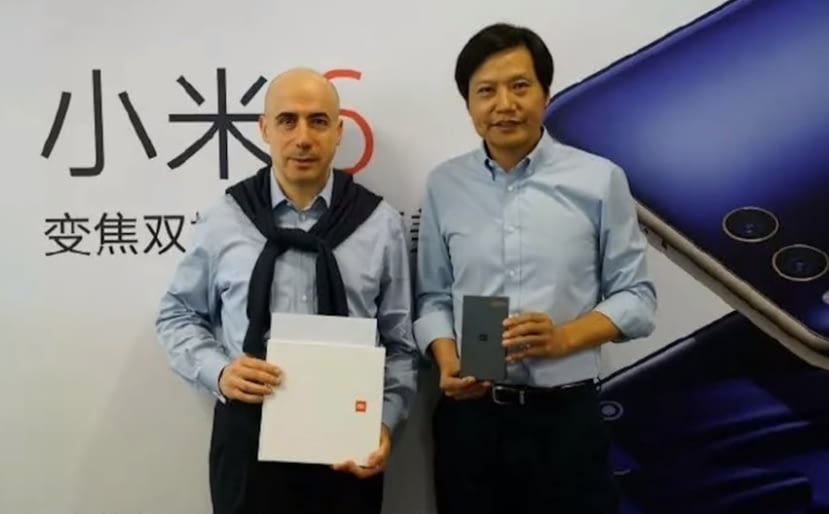 In September 2011, Xiaomi released its first smartphone. At that time, Apple and Samsung were the kings of smartphones in the world. Xiaomi, who was unknown, was not favored by people. However, Milner made the decision to invest in Xiaomi just on the day of meeting Lei Jun. Since then, DST has successively invested in three rounds of financing of Xiaomi, obtaining a total 7% stake of Xiaomi.

Yuri Milner’s first sentence after seeing Richard Liu was: “I can invest up to $1.5 billion by myself.” Richard Liu once thought that the bald head was a liar.

Yuri Miler added: “If you go public today, the company is only worth $1 billion, but I’m going to value you at $3 billion and invest another $1 billion to turn you into a company with a valuation of $30 billion. I make a profit by raising your valuation, investing heavily in you and becoming a bigger company. Would you like that? ”

As a result, DST invested $500 million in the Round C financing of JD, and then added nearly $300 million twice, with a shareholding ratio of 8.9% in JD.

After investing in JD, Yuri Milner drove from Urumqi to JD to see how Richard Liu interacted with the front-line employees.

Why are foreign investment companies the first to discover the value of Chinese companies?

Looking back now, it is not unreasonable that DST can become an international capital giant.

First of all, it has a steady, low-key founder.

As mentioned above, Yuri Milner is a very low-key person, typical of the kind who makes a fortune in silence. But his vision is unique, as evidenced by the fact that so many of the world’s most promising Internet companies have been acquired by him. We say that Masayoshi Son’s proudest investment benchmark in his life was Alibaba, while Yuri Milner beat Facebook, Alibaba, Meituan, JD.com, and Xiaomi one after another. This point can not even be compared with Masayoshi Son.

DST’s investment style is very radical. At that time, JD fitted in easily with DST because their business philosophy was very similar: DST hoped to make a quick profit from the large-scale investment, even canceling preferred shares and board seats. Richard Liu hoped to introduce capital but without being restricted by capital, so as to promote the rapid development of JD.

Therefore, DST usually gives entrepreneurs a high price that they cannot refuse before investing, which is also a strategy to scare off competitors.

For example, in the first round of US $3.3 billion financings after the merger of Meituan and Dianping in 2016, the institution valued Meituan at $16 billion, but with the participation of DST, its valuation rose to $18 billion. Meituan’s market capitalization is now nearly HK $2,000bn, and DST is right again on Meituan.

Also, it has its own investment principles.

Usually, DST only invests more than $1 billion, which can be called a unicorn in the industry. Such enterprises have huge user traffic and can be expected in terms of profitability.

Therefore, behind DST’s seemingly radical investment style is a sound approach based on the basic judgment of long-term development.

However, with the in-depth development of the Internet, DST also violates the above investment principles sometimes. In April, for example, DST led the B round of financing for sneaker trading platform Poison, which officially entered the unicorn category with a valuation of more than $1 billion.

The reason is also simple, the current situation of Internet development is completely different from before: “Now we must have a global view. If we don’t go in an early stage, we may not have a chance in a later stage.”

Finally, DST, which has invested half of China’s Internet, also gives us an inspiration: why is it foreign companies like SoftBank and DST, rather than Chinese investment companies, are the first to discover the value of Chinese companies such as Alibaba, JD.com, and Xiaomi? 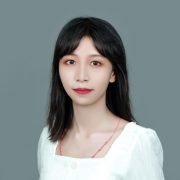