Abstract – When the development of the semiconductor industry has become a national consensus, whether we can get help from others or not, it is important to take our destiny into our own hands and it is the only way to set our own course.

On 22nd October Huawei launched the latest generation of Mate 40 smartphones in its flagship Mate series with the attention of the world. Huawei has been given more attention because it is likely to be its last high-end device in a short time, against the backdrop of repeated crackdowns by the U.S. government over the past two years.

The Mate 40 smartphones have many bright spots. Xi Wang is the market analyst and the research manager for IDC China. He mentioned that the Mate 40 series products are more recognizable in appearance and the whole series used the curved screen. It is designed to meet the needs of the target group; This is a major upgrade to the overall image system, charging, and performance. It also optimizes some controversial aspects of last year, such as the high refresh rate screen, dual speakers, and physical volume keys.

Among them, the chip is the most eye-catching point. The latest generation of Kirin 9000 chips is a surprise, it is the first time 5nm has been used on 5G chip. As we may know, Huawei always likes to compare with other big firms. Thus, Huawei also did not miss this part of this press conference. According to Huawei, Kirin 9000 has as many as 15.3bn transistors integrated. Chengdong Yu introduced, that’s 14% more than the latest A14 chip used in the iPhone 12 series last week; Compared with Qualcomm’s Snapdragon 865+, Kirin 9000’s CPU, GPU and NPU improved by 10%, 52%, and 240% respectively.

However, unfortunately, there will be fewer phones with the chip available for sale in the near future.

Huawei’s Hardware and Software are Under a Dual Oppression

After years of effort, HiSilicon as Huawei’s chip unit has the ability to design chips, but it still relies on other chipmakers to help it produce them. That’s why the Commerce Department can be struck down Huawei this year, by banning any company in the world from selling semiconductors made with U.S. software or equipment to Huawei.

That’s because software and equipment from U.S. companies are critical to the chip manufacturing industry. That is why the US government can exert influence over the operations of overseas manufacturers such as TSMC. Previously, as long as the chips are not designed specifically for Huawei, Huawei can still buy it from stock. But not after the oppression of the U.S. government. Here’s a statistic showed that before this year, Huawei has been one of TSMC’s biggest customers and previous generations of Kirin chips are produced by TSMC, which derives 13 percent of its revenues from Huawei.

However, after the Commerce Department announced the latest restrictions in May, Huawei had to hastily stock up on chips and other components before the new rules took effect in September. This buying spree helped push Taiwan’s exports to a record high in August. Unfortunately, according to foreign media reports, TSMC President Richard Wei confirmed in a conference call with analysts last week that the company would no longer supply to Huawei. This decision is a blow to Huawei because the chips are important for a smartphone.

There is no doubt that would be a big blow to Huawei’s smartphone business. On 7 August, Chengdong Yu also frankly said at the 2020 Summit of the China Information Technology Congress that the Kirin high-end chips will not be able to be manufactured after 15 September due to the US sanctions and it is going to become the “Swan Song”. Chengdong also mentioned: “It’s a pity. Huawei has been in the chip business for more than a decade.

There’s a huge amount of investment in r&d to go from being badly behind to being a little behind, to catching up and to being ahead.  But in such asset-heavy areas as chip manufacturing, Huawei is not involved. So, after 15 September, the flagship chip cannot be produced, which is a great loss for us.” Although SMIC started mass production of the 14nm process in the fourth quarter of last year in China. However, it still needs to be improved, because the relatively mature process is still at 28nm or above.

Obviously, no chip will affect Huawei’s future. However, besides that, another big issue of Huawei is at the mobile phone application aspect. Because it is unable to use Google’s related services and products in overseas markets. Therefore, a large number of apps that hold important positions in overseas markets cannot be used on Huawei, such as YouTube, Instagram, Facebook, etc. Snapchat and TikTok are the only available apps.

Huawei has also tried to come up with some solutions. But obviously, those overseas APP developers need to make huge efforts to move their apps to Huawei’s ecosystem, they may be undermotivated. Moreover, Huawei cannot support users from Europe and the United States with an easy and reliable way to use Google services. All this has made Huawei’s life difficult overseas. According to market analyst Canalys, in the second quarter of 2020 Huawei’s overseas shipments fell 27 percent to compare with others.

However, it is worth mentioning in the second quarter of this year, Huawei sold more smartphones than Samsung. It is the first time Huawei reached the top of the world’s highest sales list. Chengdong said proudly “In 2020 Huawei connects more than 1 billion devices worldwide, whereas 10 years ago Huawei only can sell 1 million phones.”

However, the reality is grim. The Canalys analyst Mo Ja thinks it will be hard for Huawei to maintain that achievement. “Because the major channel partners such as Europe are increasingly cautious about Huawei. They started sourcing fewer Huawei products and introducing new brands to reduce risks.” He went on: “Once the global economy starts to recover, China’s strength alone will not be enough to maintain Huawei’s global ranking.”

Another analyst Ben Stanton also said, “over the past year the retailers and mobile operators outside China have been avoiding overstocking with Huawei, they are very concerned about whether Huawei will still be in the smartphone market in two or three years.”

Huawei’s Future Direction Awaits a Decision by the US Government

Domestically, SMIC’s 14nm can successfully be manufacturing the Kirin 710A processor for Huawei, which is a great improvement. Four A73+ four A53 eight-core design, main frequency 2.0GHz, has been used in the Honor 4T series. However, the technology is certainly far from what is needed for the flagship product, but it still can be used on the mid-low end products.

Globally, there are not many enterprises with high-end mobile chip manufacturing capability. The top two are TSMC and Samsung. TSMC is hostage to US policy and Samsung may also not be able to help. Samsung is unable to help Huawei due to the influence of American policy. Besides that, Samsung and Huawei are competitors, and Samsung needs to make Exynos chips for themselves.

On account TSMC and Samsung cannot help Huawei to make chips, Huawei only can purchase chips directly from others. Qualcomm is certainly the best choice, although they are also direct competitors. But Huawei has also purchased Qualcomm chips over the past decade, such as earlier Nova phones. According to the Wall Street Journal reported in August, Qualcomm has been lobbying the U.S. government to allow it to export chips to Huawei. According to them, export restrictions could divert billions of dollars of their sales to rivals.

Qualcomm is also willing to make good relations with China. After all, more than 60% of its revenue comes from Chinese enterprises. Thus, if China is sanctioned or boycotted, it will have a great impact on them as well. They believe that if they can supply Huawei, it will be a win-win situation for both companies. On 23 September at the Huawei Connect Conference, Huawei’s rotating chairman Ping Guo mentioned “If Qualcomm applies for a license successfully, Huawei will use Qualcomm chips to produce Huawei phones.”

It is not just Qualcomm that is interested in working with Huawei. In early August, Huawei signed a letter of intent with a Taiwanese chipmaker -MediaTek.Inc. The Letter of Intent (Lol) represents an order for more than 120 million chips, equivalent to 50 percent of Huawei’s handset shipments in 2019. Reuters reported on 28 August that Mediatek had also applied to the US government to continue supplying Huawei with chips. Mediatek mentioned in the application form said that they want to provide Huawei with chips that do not contain any US intellectual property.

The Mediatek and Qualcomm both are still lobbying, awaiting approval from the U.S. government. If the U.S. government approves, that would be the best outcome for Huawei, which could still hold on to its current share of the mid-to-high-end handset market, especially in the Chinese market. But if the United States does not approve, then Huawei’s smartphone business may indeed face unsolvable difficulties for a period of time.

The good news is that both Intel and AMD have already obtained licenses to continue supplying Huawei. That should keep Huawei’s PC running. Thus, it may tell that the U.S. government makes decisions depends on its pros and cons. After all, in this trade war, there are American companies like Qualcomm involved. So the outcome is still unknown.

Huawei was also clearly prepared for the worst. At the end of the conference, Huawei’s closing words are “We are committed to bringing innovation to all mankind, regardless of difficulties.” When the development of the semiconductor industry has become a national consensus, whether we can get help from others not, we believed that taking our destiny into our own hands is the key. 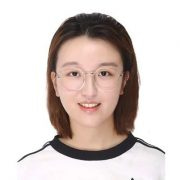 Huawei’s response to “the sale of Huawei mobile phone business”: no sale plan at all

Huawei insider: we have reserved chips and will launch P50 and Mate 50