On October 27, according to the Chinese media LatePost, at the monthly business meeting, Meituan (SEHK: 3690) announced a new round of adjustment, which is the largest personnel adjustment of Meituan since the resignation of Co-founder Wang Huiwen in December last year. The most important change is that Meituan set up a special group to discuss and make resolutions on retail-related businesses.

Meituan is a leading e-commerce company with a business scope spanning food delivery, in-store service, hotel and travel and grocery retail in China. The company maintains a dominant position in the food-delivery sector.

There are five members in the group: Wang Xing, founder and CEO of Meituan, Wang Puzhong, senior vice president and President of Daojia Business group(delivery home), Chen Liang, senior vice president and general manager of Youxuan Business Division (Selecting), Guo wanhuai, general manager of Fast Donkey Business Division (One stop catering supply chain platform), and Li Shubin, vice president and general manager of Meituan platform. Meituan also entrusted Chen Liang with the unified responsibility of Selecting, Fast Donkey and Vegetables Buying division. Guo Wanhuai will assist Chen Liang in management. In terms of business, the three businesses are managed by one person in charge, which is conducive to the rational allocation of resources; In terms of personnel, Chen Liang’s rights and responsibilities have been further expanded.

The retail task force of Meituan follows Amazon’s “D team”. In 2008, Amazon’s retail business has been relatively mature. In order to find new opportunities in the digital field, Bezos personally established a “D team”, including ten core Amazon members, such as Andy Jassy, the current CEO of Amazon, and David limp, the head of equipment business.

Meituan is also facing such a stage today. Old businesses such as group buying, takeout and Hotel &Travelling have matured, and new businesses are still being explored.

At the strategy meeting in September, Wang Xing announced that Meituan’s strategy would be upgraded from “Food & Platform” to “Retail & Technology”, raising retail and technology to a strategic height for the first time.

The establishment of a retail task force is the first step in Meituan’s new strategy. 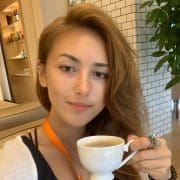