In response to the news, ByteDance confirmed it. “This data center marks TikTok’s long-term commitment to Ireland.” said the head of the Irish Investment Development Authority in China.

It is reported that this investment in Ireland is worth about US$500 million and will create hundreds of job opportunities. According to the plan, the European TikTok data center is intended to open and put into operation in early 2022. The data center will play a key role in further strengthening the protection of TikTok user data and plans to deploy the most advanced physical and network security defense systems worldwide.

Before the TikTok Data Center Plan

On August 3, U.S. President Donald Trump approved the purchase of TikTok’s U.S. business and stated that it will be banned if it is not sold before September 15 and that no matter which company ultimately acquires TikTok, it should give the U.S. government a large sum of money as a “commission” for the acquisition. Currently, ByteDance, the parent company of TikTok in Beijing, is negotiating with Microsoft to sell its businesses in the U.S., Canada, Australia, and New Zealand. 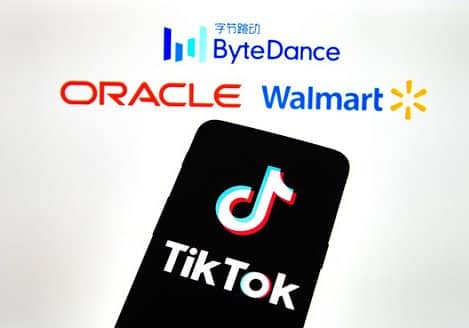 While the U.S. is aggressively suppressing it, TikTok is vigorously expanding its overseas markets. It is setting up a headquarters in London, and at the same time, it is establishing a data center in Ireland, so as to survive through a more completed international layout.

Whether Huawei can hold on to the Smartphone Market without the Kirin Chip?

What kind of company is Ant Group?