TikTok has ushered in a rare respite in the past year. The team also took this opportunity to accelerate the commercialization process, and the advertising, overseas e-commerce, and live broadcasting teams have expanded on a large scale.

A source said that TikTok now has thousands of sales personnel, mainly in North America. At the beginning of 2021, the number of advertising products and technical teams of TikTok in Austin and mountain view, California doubled.

However, since the end of 2020, Bytedance has made a clearer distinction between overseas business and domestic business. At present, TikTok’s advertising business is undertaken by the official platform TikTok for business (TTFB). The leader is Blake Chandlee, the global commercialization head of TikTok, who reports to Zhou Shouzi, the head of TikTok. Previously, Blake Chandler worked at Meta(Facebook) for more than 12 years.

According to official data, the number of global monthly active users of TikTok reached 1 billion in September 2021. In 2020, its downloads exceeded Meta’s Facebook and WhatsApp, ranking first in the world.

However, compared with Facebook and other products, TikTok still has many shortcomings in its advertising business. For example, Facebook’s product form determines that it can master more perfect user tags, including real names and social relationships, which helps it make more accurate advertising recommendations; In addition, Facebook has more big customers. We learned that TikTok’s current advertisers are mainly small and medium-sized Internet companies.

“This is also the reason why TikTok began to vigorously develop e-commerce in the past year: on the one hand, in order to open up new sources of income; more importantly, the e-commerce business is closer to big customers and big brands. Once it is done, advertisers are certainly willing to leave more budgets here.” Said a person close to Bytedance. 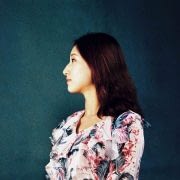