The changes of these top brands are significant, while the decline is even lower than the top brands in the UK, Australia, and South Africa. The performance of individual brands on the ranking list is still unstable by although the value of 43 returning brands declined in 2020, 26 returning brands increased in 2019.

The top 75 portfolios knocked out Sensex

Compared with the Indian Sensex Index, the portfolios of the most valuable Indian brands in BrandZ have recovered their value level to the pre-pandemic with a faster speed which can bring higher returns for shareholders, especially at times of trouble.

HDFC Bank keeps at the top of the List

HDFC Bank of Indian has ranked first with a total brand value of over 20.2 billion US dollars for the seventh consecutive year even though it has a year-over-year decrease of 11%.

The proportion of HFDC bank’s value in the list of most valuable Indian brands in BrandZ’s nearly remains unchanged, which only fell from 9.95% in 2019 to 9.4% in 2020.

Five new brands have made their debuts on the ranking of 2020, including by two personal care brands represented by Dove and Closeup, energy brand Indraprpara Gas, home appliance brand Crompton, and telecom suppliers BSNL. Dove, as the top of the five new brands, has ranked at 61st in the BrandZ.

Reliance Retail has raised the most

Reliance Retail has raised its value rapidly with a year-over-year increase of 102%, becoming the brand with the most significant rise in the ranking of BrandZ.

Digital, retail, and food brands have the largest rise

In addition to the Reliance Retail and Zomato, other brands that have significant rises in their total value include food brands represented by Maggi, Nestlé, and Horlicks, as well as digital platforms and suppliers represented by Naukri.com, Flipkart, PayTM, and Airtel. 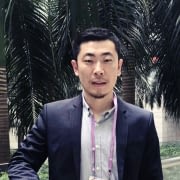 ZTE: Master control chips in 5G base stations have been commercially available for 7-nm

Huya and Douyu announced a merger