Perhaps we should say that the war between tech giants never stops.

According to Sina Tech, Google’s YouTube recently began requiring creators to use YouTube software to tag and track products in their videos. This data is then linked to Google’s analytics and shopping tools.

As you can see, Google’s goal is to turn the vast amount of video on YouTube into a vast catalog that viewers can browse, click, and buy directly.

For months, Google executives have said YouTube will be at the heart of their e-commerce strategy. On a recent earnings call, Google CEO Sundar Pichai said that the huge number of popular YouTube product “unboxing” videos could be turned into a shopping opportunity.

For Google, the high-quality web celebrities gathered on the YouTube platform and their own brands have already built a complete business chain. Super web celebrity PewDiePie, for example, makes about 85 percent of his $8 million monthly income from selling goods.

Facebook CEO Mark Zuckerberg unveiled the new software during a live broadcast. He believes the platform could be effective in helping businesses struggling during the epidemic. “Our goal is to help them increase customer loyalty, from small and micro-stores to global brands, to connect with their customers through our APP.”

Facebook has an unlimited vision for the future of the AI market in shopping. Manohar Parulli, the company’s AI director, said some major retailers are now able to provide customers with 360-degree panoramic product views and detailed catalog information online, while Facebook Shops aims to provide technical support to vulnerable small businesses so they can do the same.

It all seems to have touched the cake of the e-commerce tech giant, Amazon.

But the reality is that Amazon has long seen the potential of live-streaming. Amazon launched its Live streaming service, Amazon Live, in April 2019, and announced that it would launch on all its sites around the world this year. 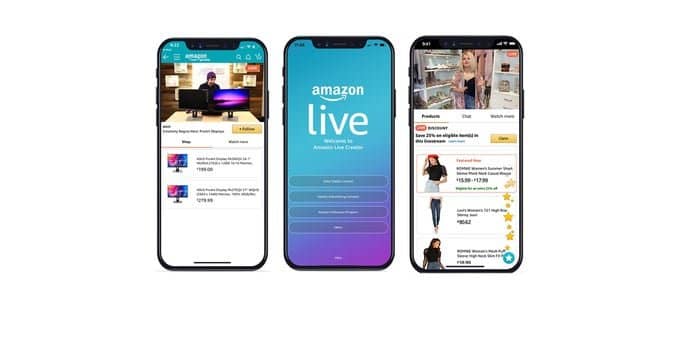 Google, Facebook, and other former advertising tech giants followed a big logic that video flow can be converted into transactions. In this sense, Chinese companies have done this earlier.

Back in 2014, before Alibaba acquired Youku, Youku launched a “buy while watching” model which was similar to YouTube. At that time, the news was that Alimama, a marketing platform owned by Alibaba, would support Youku’s new video marketing model of “watching while buying” and “playing goods” of Tudou through data and technology, and at the same time help merchants to conduct data-based operation and reduce the cost of video delivery.

Later, after Alibaba fully acquired Youku, it continued to promote the model of “buy while watching”, but the sales effect was not obvious. There were two reasons: first, the mobile payment infrastructure was not that complete, and second, some people felt that the e-commerce scene was not suitable for embedding in a long video.

Ali Entertainment has become an important position for precision marketing of merchants in Alibaba’s digital economy. If Alibaba’s watching and buying is a long-term plan, then live-streaming services like Douyin(TikTok China Version) and Kuaishou(Kwai’s China Version) are important businesses that have turned the two companies into tech giants.

In the first half of 2020, China’s live-streaming e-commerce transactions reached 456.12 billion yuan, and it is expected to reach 971.23 billion yuan for the whole year, approaching the trillion yuan mark, according to a report in September.

Bytedance is moving into the eCommerce business

In June, Bytedance set up a distinctly named “e-commerce” division to move into the eCommerce business in an effort to address the next step in the commercialization of all Bytedance products after revenues from streaming advertising and live streaming hit a ceiling.

And Bytedance is touching one of Alibaba’s most sensitive nerves because of living streaming. When October 9 arriving, Douyin live studio began to only support small store products, products from third-party sources were no longer be allowed to enter the studio. In other words, Douyin will no longer bring its flow to other platforms such as Taobao and JD.

The war between tech giants will continue for a long time

Whether Google, Facebook or Bytedance, they were not satisfied with the information level of advertising revenue, and spare no effort to give their tentacles test to the trading floor, and they will move on the foundations of the so-called traditional e-commerce company, such as Amazon, JD, Alibaba. And it can be expected that the war will continue for a long time in the future.

The State of Amazon Seller 2022

China’s Tech Giants is Planning to Lay Off