Soul App launched in November 2016. It is a social product that focuses on “follow the soul to find you”, allowing users to find spiritual partners with the same characteristics. And it pays attention to “real expression and pure communication”. Users can express themselves kindly and equally on the platform, and find friends with whom they can communicate in depth.

Data shows that as of November last year, Soul had close to 29 million monthly active users, a year-on-year increase of 133%. The average daily usage time of users on APP was 40 minutes.

Soul App Founder is a woman

The founder of Soul is a woman named Zhang Lu. She previously worked in a European consulting company. So many of Soul’s early users were international students. The company currently has more than 100 million registered users and 10 million active users.

One of the biggest characteristics of women doing social software is to avoid being related to “dates”. This is also what makes Soul unique. It relies on interests to socialize, and in addition, it weakens information such as appearance and geographic location.

“Soul” is the main selling point of Soul, which makes it favored by a large number of women. Soul focuses on spiritual communication and achieves accurate matching through labels such as personality tests. This is also the reason why Soul is recognized by the market after its launch. Soul founder Zhang Lu once said, “Soul meets the spiritual needs of young people to eliminate psychological loneliness, which is different from some instant messaging platforms such as WeChat.”

The special thing about Soul is that when users enter Soul’s main page, they must pass a soul personality test. The questions range from simple to deep. The more questions are tested, the higher the matching degree is. First, it tests users through a set of questions. After knowing the user’s basic information, the system will then use algorithms to match.

The application includes three functions: square, planet, and chat. The planet function creates a sense of atmosphere and ritual, which makes Soul different from other dating apps from the very beginning. It will also do fine analysis of user data. To be from heart instead of kidneys, this fits in exactly with the younger group’s wish with higher standards of making friends.

Soul’s users are mainly Gen Z. According to data, millennials account for 31.5% of the population, and Gen Z now accounts for 32%. Young people have higher requirements and tastes in terms of social interaction. Soul has spotted this, and it has created a spiritual utopia for the Z generation.

On the other hand, with the increase in the number of users and the weakening of the positioning system, this APP is subject to certain development restrictions. Over time, user growth has come to a certain bottleneck. In 2019, Soul’s average monthly DAU in the first half of the year was around 2.7 million, but MAU has begun to decline towards the middle of the year, and Soul’s functions have become more and more complex. There are many Users report that Soul is no longer a pure Soul. In order to attract more users, Soul has also begun to add value-added payment functions, such as same city card, location card, etc. Soul gradually broke the past mould and began to have same city positioning features.

For example, in the community, the topic of “appearance” has begun to be added. Users can selectively post photos to attract the opposite gender to chat, or open the chat mode to automatically receive information from the opposite gender.

Zhang Lu, the founder of Soul, mentioned in an interview that the recommendation algorithm will be the core of the next step. Soul will eventually move towards a large-scale platform and will be driven by data. It may be very similar to Jinri Toutiao, including the use of data to accelerate the cold start of a function. As for commercialization, it is mainly to make money by providing functions and value-added services that meet the needs of users.

It can be seen that as the volume increases and the user range expands, Soul is bound to make more changes. 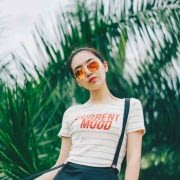 Why is the GME story so fascinating?

Why was Ant Group IPO suspended?