Ten years later, in 2020, the design of the iPhone 12 will return to the style similar to the iPhone 4, with 5G used in the whole series.

The New 5G solution is more radical than Huawei 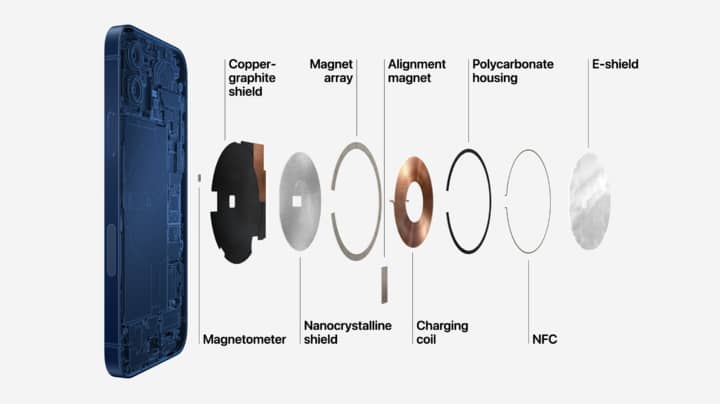 But what can not be ignored is that facing the majority of people who want to try 5G mobile phones, it is obviously inappropriate for Apple not to produce 5G mobile phones.

Although Apple is a technology giant, it is not a God. Apple still has to solve the problems of 5G mobile phones one by one, such as short battery life, signal problems, and software experience problems.

According to Apple, the company has customized its antenna and wireless components with high sensitivity and efficiency, so that the iPhone 12 can support as many 5G bands as possible.

This is a little false, but it can be clearly seen from the 5G section of the official product documentation that the iPhone 12 series supports a considerable number of 5G bands, even more than the full blood 765G chip used by Nokia and the 5G chip currently carried on Huawei’s mobile phones.

The number of 17 5G NR bands far exceeds any mainstream Android mobile phone products on the market, and all three China domestic operators support it.

After this year’s settlement with Qualcomm, the iPhone 12 directly supports 5G with its chips. Of course, the specific signal and network speed experience still need to be seen on the real machine.

However, it is undeniable that the number of 5G users in the world is still quite small. In April 2020, the proportion of 5G users in South Korea, which has the highest penetration rate of 5G, is only about 10%.

Therefore, it is not difficult to understand why Apple has been relatively conservative when adopting new mobile communication technology. 3G is 2008 and 4G is 2012, which will be 1-2 years slower than others. Especially in 5G technology, the deployment strategies of countries around the world are not the same. You can see 5G on the iPhone 12 series, which is almost a “free” feature.

After all, even though there are many users of 5G in China, most users only “find the 5G signal and run at network speed” for the most common scenarios of 5G.

It is worth noting that although the entire series of iPhone 12 supports 5G, at present, the millimeter wave 5G can only be used in the U.S. version. This is not actually a castration of Chinese iPhones, but because of the low and medium frequency 6GHz in the United States The following spectrum is occupied by the military, so American manufacturers led by Qualcomm can only bet on the UHF millimeter wave, which is different from China’s deployment strategy.

The advantage of millimeter wave 5G is that the bandwidth is large, but the coverage capacity is particularly low, so it is not suitable for large-scale laying. In other words, current China’s laying strategy is actually more favorable for users to experience 5G. 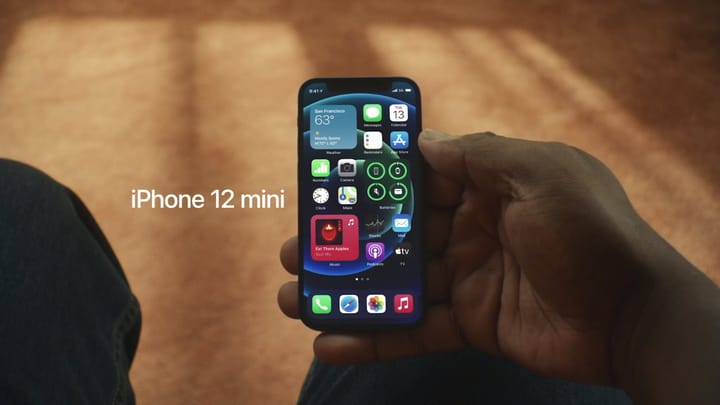 Compared with the heaviness of the previous generation, with the addition of 5G function, the whole iPhone 12 series has become thinner and thinner, from 8.3mm thick iPhone 11 to 7.4mm thick. A thickness reduction of nearly 1 mm provides a very intuitive feel. It’s also lighter, with the iPhone 12 weighing 162 grams and the iPhone 12 Mini only 133 grams. 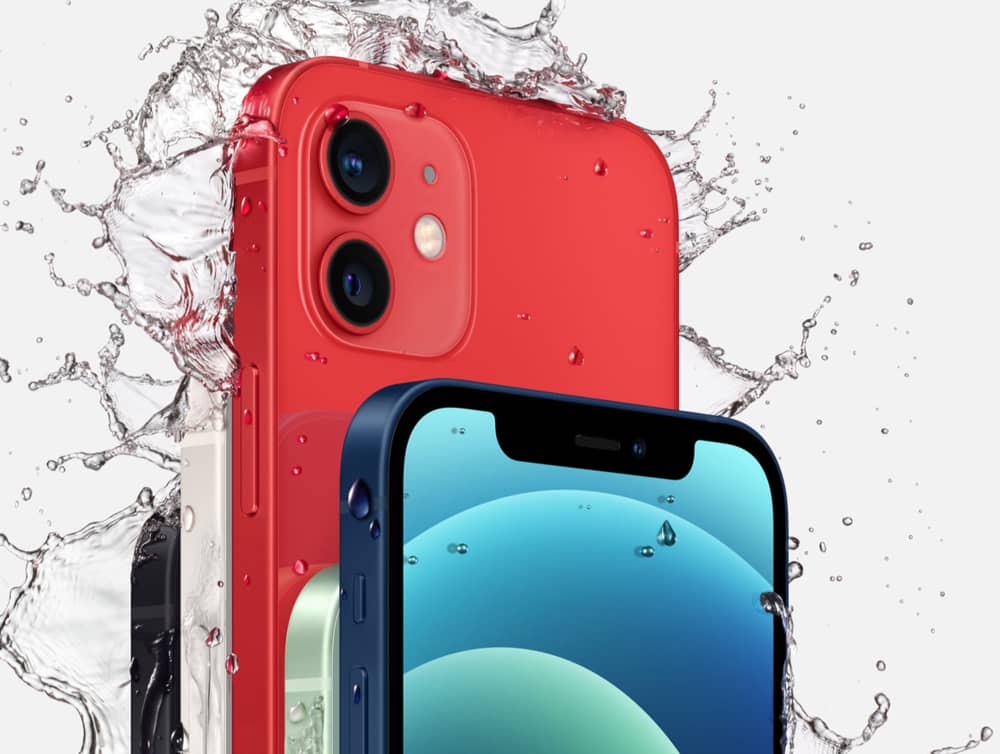 In addition, on the front screen, the iPhone 12 / iPhone 12 Mini also gave up the LCD screen used on the iPhone 11, and directly used the same OLED super retina XDR display screen as the Pro Series, with better display quality and higher maximum brightness.

In addition to better display quality, the screen border is also narrowed. Although there is no clear explanation on Apple’s official website, it can be seen that the screen border of iPhone 11, iPhone 12 and iPhone 12 Mini is about 2mm narrower than that of the previous generation. 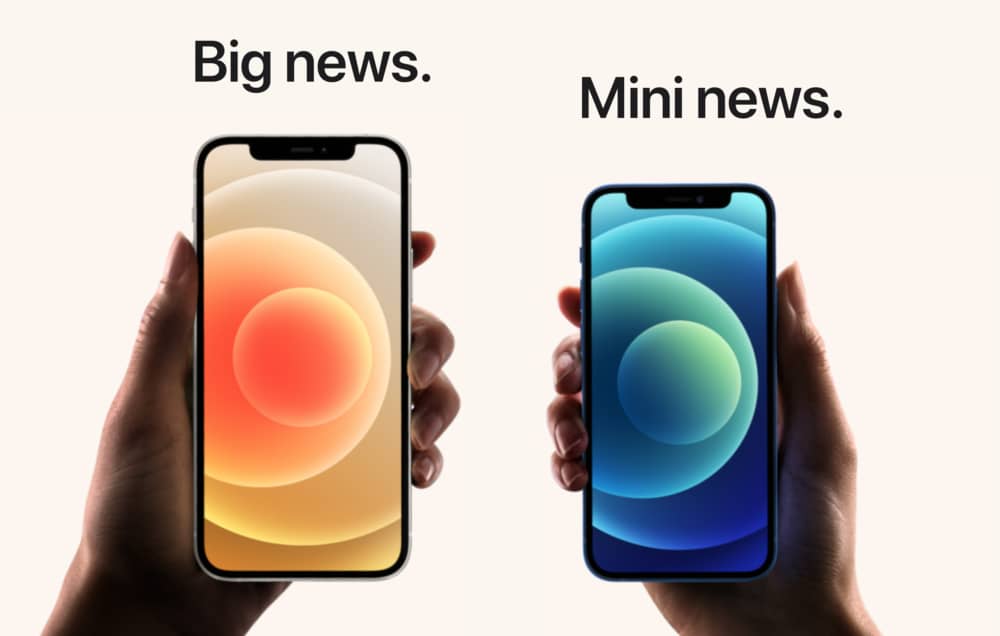 When most people say that Apple has no innovation, a large part of the innovation of each generation of Apple models is put on the technology that is not intuitive.

For example, this time, the whole series of iPhone 12 screens use a material called super porcelain crystal panel. After using this material, the fall resistance of the whole screen glass is directly improved by four times. This innovation is not easy to perceive, but it does exist.

Similar to last year, the iPhone 12 / 12 mini, which has a lower positioning than the Pro Series, also uses the flagship A14 chip. Because the A14 bionic chip is a 5nm process, the power consumption control ability will be better, which in fact provides great help for the thickness reduction of the iPhone 12 series.

These performance improvements provide very solid and powerful hardware support for the improvement of the photo taking ability, game graphics ability and power consumption control ability of the whole series of iPhone 12. 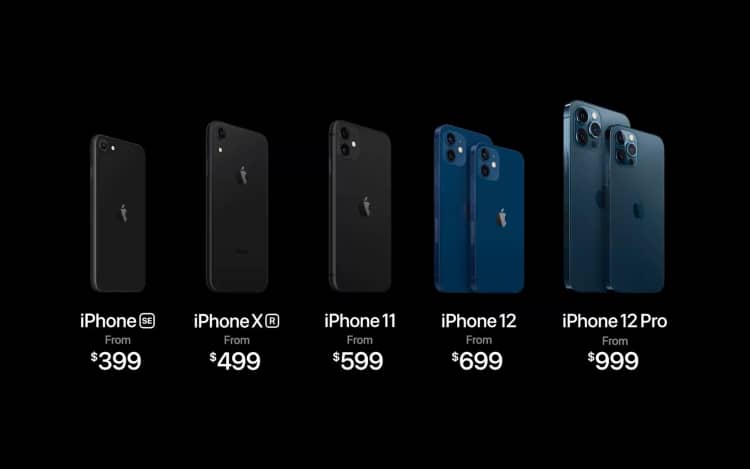 So, although the iPhone 12 and 12 Mini still use dual cameras, now both wide-angle and ultra wide angle cameras can use night scene mode, and their shooting ability in dark light environment has also been improved. With the new wide-angle camera with 27% more light input, and the new intelligent HDR 3, compared with last year’s models, even if they are still entry-level positioning iPhone 12 and iPhone 12 Mini, photos and videos are more powerful.

On the entire iPhone 12 line, Apple has built magnets in the back of the phone, bringing MagSafe, which was used on Macs, to the iPhone.

From my personal point of view, the surprise degree of iPhone 12 Mini this year is far higher than that of iPhone 12. After all, the call for small size fullscreen has lasted for a long time. When all manufacturers are willing to make the machine bigger and bigger, Apple is willing to build such a small-size machine without any function loss, and the weight is only 133g, which can be said to be very valuable.

iPhone 12 5G: Pro in the image, bigger than big 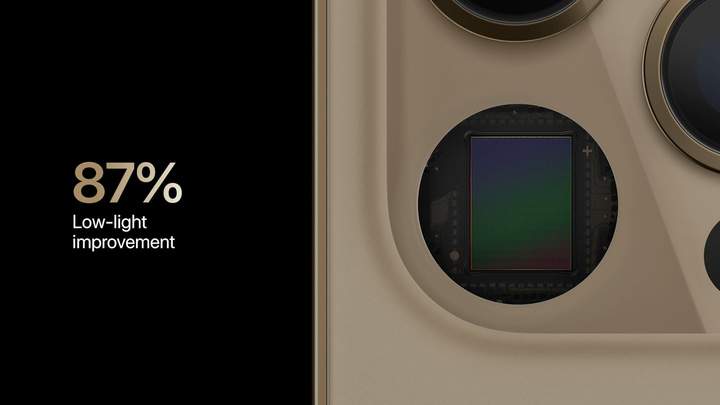 Fortunately, the iPhone 12 Pro Max has a narrower frame, not much larger, and its thickness has been reduced from 8.1 to 7.4, but the weight remains at 226 grams.

That is to say, although it is still heavy, it feels better, the screen is bigger and the visual impression is better.

Compared with the iPhone 12 and the iPhone 12 mini, the pro of the iPhone 12 Pro Series is still mainly reflected in the body material, screen appearance, and the most important imaging system.

The frame of the iPhone 12 Pro and Pro Max is made of stainless steel, which has a better texture. Although the screen uses the same super retina XDR display as the iPhone 12 and 12 mini, the peak brightness is higher, which can reach 800 nits, and the iPhone 12 is 625 nits.

Although the iPhone 12 Pro and Pro Max is the same configuration of three cameras and LiDAR Scanner on the back, the details are quite different. 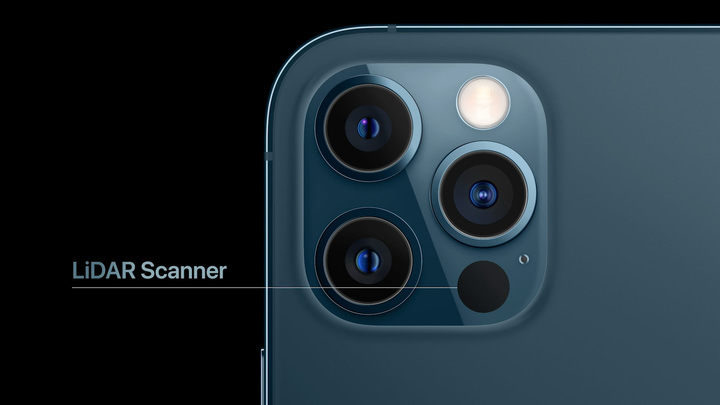 The iPhone 12 Pro Max’s wide-angle main camera is also more powerful. The size of the sensor is increased by 47%, and the pixel size is increased to 1.7 μ M. the shooting quality of the main camera will be significantly improved. The shooting ability in the dark light environment has been improved by 87%, and a new sensor displacement optical anti-shake technology has been used.

In short, there is a certain limit to improve the optical anti-shake ability of mobile phones, because the general optical anti-shake part is the lens part. If you want to add a micro cloud stage similar to vivo, the whole lens part will be very large, and the lens will be more prominent. The iPhone 12 Pro Max sensor is a displacement type optical anti-shake device. The mobile part is the sensor. Compared with the original technology, optical stability is better. The intuitive improvement is that the hand-held shooting rate of night scene will be higher, and the video picture that needs to be moved will be more stable.

It’s hard for other manufacturers to improve their shooting ability, to be better than iPhone. 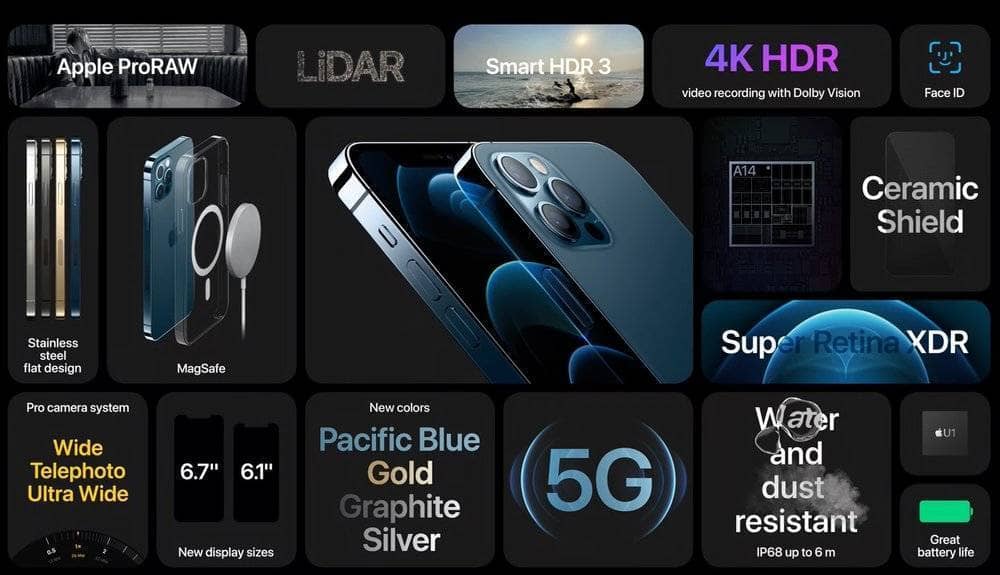 Obviously, this year’s iPhone 12 Pro Max is worth buying more than the iPhone 12 pro.

The more radical Apple, with the innovation we used to know

When the invitation letter before the launch of the iPhone 11 series last year used “for innovation” as the theme, the discussion about Apple’s loss of innovation suddenly came back.

In retrospect, last year’s iPhone, after most manufacturers used 3 photos, still did not have 5G, was almost said to be the end of the generation, but the iPhone 11 series still got a lot of sales. Every time a third-party platform offers a price reduction, someone will be glad to place an order honestly.

This year’s iPhone 12 should be regarded as the most radical generation of Apple’s products in recent years, and the generation that needs to use it to know where innovation is.

A simple summary is: the friend or the friend still chooses to hang Apple with various parameters in the press conference, but Apple is still Apple, promoting the progress of the whole mobile phone industry in various details. 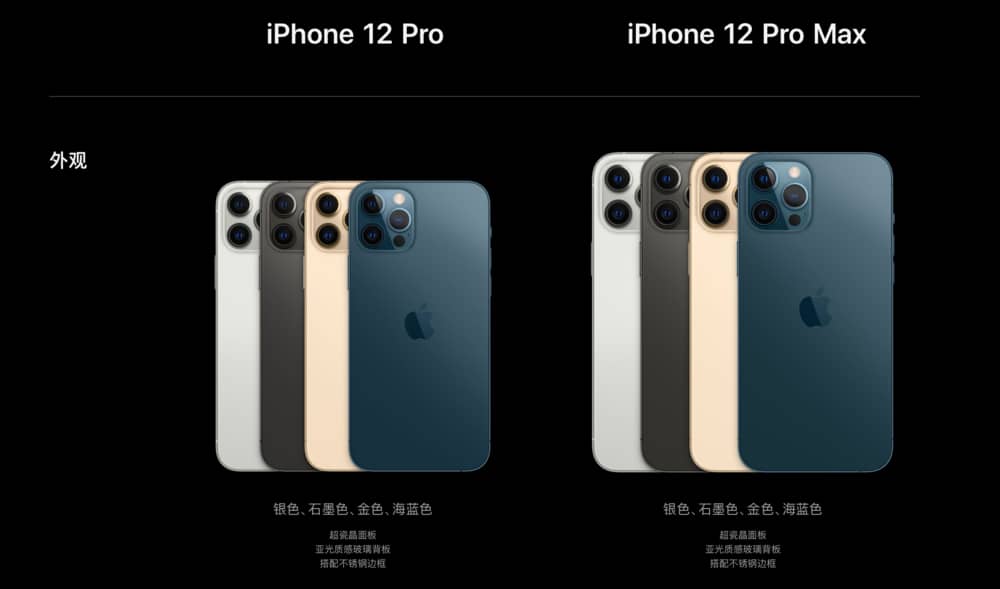 These improvements can be recognized by keyboard men with a few words that have not changed for thousands of years. They are nothing more than:

The improvement of perception was not obvious.

What’s the use of processor performance?

Why not have a higher refresh rate?

Apple is just an ecology, nothing more. 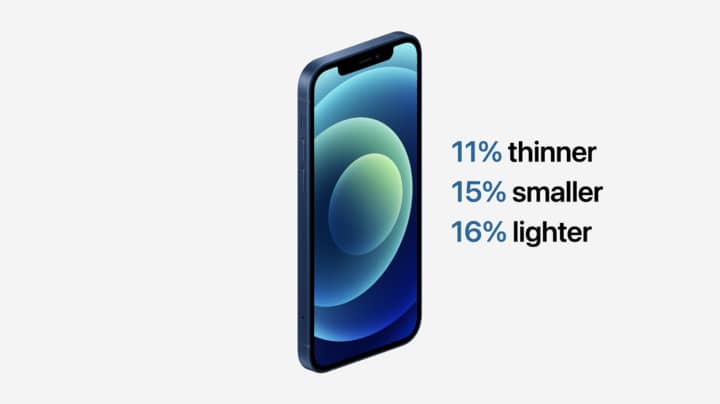 But the annual iPhone update, in essence, is to improve the various dimensions of the mobile phone to ensure that users can use this mobile phone in the next year, two years, or even three to four years.

That’s why so many Apple users don’t switch camps and still use Apple devices.

Don’t say they’re called crazy Apple fans. In fact, most people don’t want to pursue stimulation so much. They just want to be feel good and at ease.