On September 9th, Grainger China, the Chinese operating subsidiary of W.W. Grainger which is the largest industrial product distributor, announced the completion of a management acquisition led by Yanhua Zhou, who is the general manager of Grainger China. Receiving hundreds of millions of RMB Yuan, Grainger acquired this initial round of financing leading by Sinovation Ventures, with China Merchants Venture Capital and Gopher Asset co-investment; moreover, InvesTarget served as the exclusive financial advisor for management acquisition and the first round of financing.

Among the global leaders in the distribution of industrial products, Grainger was founded in 1927 with a hundred years’ history. In 2006, Grainger entered the Chinese market with its full-fledged Executive Board team possessing more than 50 years of experience in supply chain management, sales management, strategic development, and corporate governance.

After the acquisition, the reorganized Grainger China will continue to run under its new brand, making a new step in its independent development in the Chinese market. It is known that Yanhua Zhou, who has served as the General Manager at Grainger China for 13 years, had previously worked as the leader of the sales and purchasing department at Ingersoll Rand, VTS Clima, etc.

In this release, Zhou stated that Grainger will accelerate the research and development under the new round of funding, as well as promote the construction of big data in China’s MRO (Maintenance, Repair, Operation) industry to lay the foundation for the Internet of Everything as well as further drive the digitalization of China Commercial MRO market.

Hao Xiong, executive director of Sinovation Ventures and general manager of the south region of China, believes that the change of Grainger will bring more chances for corporate development. Being independent of the American company helps Grainger to better develop in China and provide customers with more localized products and services.

Meanwhile, Xiong also said that while Grainger has a history of nearly a hundred years, it had rapidly grown up in the decades ago when China’s market was still fragmented. Driven by mature experience from the United States as well as the promotion from the Internet and capital, China can transform e-commerce procurement much faster than the United States. China’s e-commerce of industrial products will likely be further developed in the next five to ten years.

At present, China’s industrial market has developed into the second-largest market after the United States, with a market size of one trillion Yuan which equals the total of Japan, Germany, and South Korea. However, China’s industrial market is still in the stage of extremely low concentration due to a late start, resulting in none of the companies take more than 1% of the market share.

It is reported that timeliness, professionalism, and diversity have become essential points of the industry since MRO’s services involve all walks of life. In this regard, Grainger China can not only win the trust of customers by relying on the self-operated system built previously but also create a standard database of 3 million SKUs through the construction of middle-large size systems to help customers reduce costs while improving efficiency.

For the distribution of industrial goods with tens of millions SKUs, digitization and systemization capabilities are crucial which directly determines the company’s management boundary and the level of the supply chain, while Grainger China has stated that the self-operated product SKUs are expected to increase to 10 million within three years.

With the growth of the e-commercial procurement, more and more customers tend to prefer the market of one-stop industrial good procurement due to its diversified categories and thorough services, while the information-based transformation and supply chain refinement for the industry will also continue to develop.

As Yanhua Zhou said, “Since 2015, the central and stated-own enterprises of China have started to promote the e-commercial and digital procurement of industrial goods. Nowadays, as China vigorously supports the construction of new infrastructure and digitalization, as well as upgrades the demand for policies and industrialization, the market of industrial goods will boost into the crucial stage.”

At present, Grainger China has won the recognition of numerous customers from large state-owned, private, and foreign enterprises in the Chinese market by its advantages in complete systems and lean management abilities. Zhou also talked about the future development strategies of central, state-owned, and private enterprises, saying that Grainger is mainly committed to promoting the digital and intelligent implementation for those central and state-owned enterprises as well as the digital and intelligent construction for those private enterprises.

In the past few years, Grainger China has successfully transformed from “solution provider” to “big data builder”, while the team’s business development strategy will also move to the next step after this reorganization and financing.

Zhou said that Grainger will continue to strengthen the existing system of the middle and back office, while the front office will take the advantages of the middle and back offices to better serve corporate customers. In the process of sales, Grainger will keep enhancing the construction of the sales team to achieve the thorough support; while in the process of products, Grainger will build a ten of millions of standard product library based on the middle office. Grainger also plans to deploy a national supply system as well as provide high-quality experiences for customers which promotes itself to become a one-stop intelligent procurement brand for industrial products.

There is also a close relationship between the MRO market and China’s plan “Made in China 2025”. From some point of view, China’s MRO market will be based on Made in China.

In 2015, Beijing initiated a master plan called “Made in China 2025”, aimed at turning the country into a production hub for high-tech products within the next few decades. According to the plan, the domestic market share of Chinese suppliers for “basic core components and important basic materials” is intended to increase to 70 per cent by 2025. 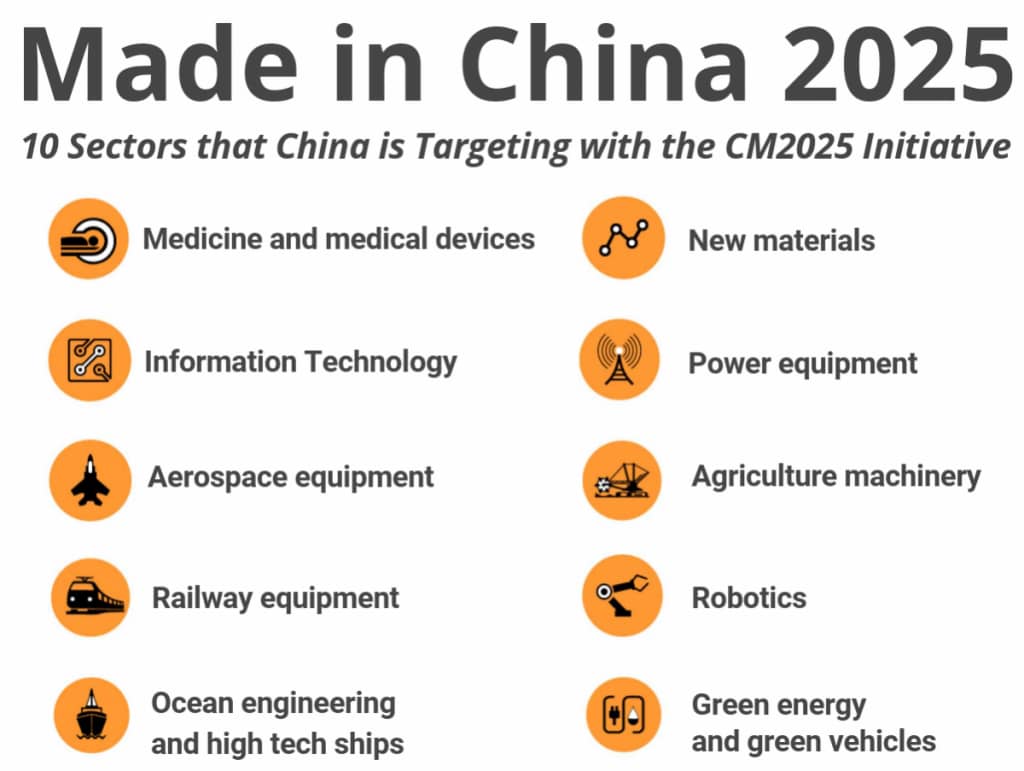 “While the industry digitalization is the current goal for what we are pursuing, we will not stop there.” Said Zhou. In the future, Grainger will continue to explore and promote the application of cutting-edge technologies such as AI and BI based on the existing digital system, and strive to set the intelligent standard in the industry.

Will "California on the Cloud" Save TikTok?