For many Chinese companies, the U.S. stock market has changed from a gold mine with both fame and wealth to a dangerous place full of unknown tests.

The three giants of China, Sina, Sohu, and Netease went to the United States for IPO in the new millennium, which set off the first wave of overseas China Concepts Stocks issuance around 2000. In the next 20 years, although there were occasional twists and turns, going public in the United States was a good vision for most Chinese companies. Firstly, the relatively mature and rigorous system of the US stock market can bring a certain influence bonus to the listed companies in the US; secondly, the US stock market with the world’s leading scale can also provide more abundant financing support.

When the time span to 2021, this wave of China concept stocks in the return, still visible to the naked eye continues to heat up.

The Upsurge of China Concepts Stocks Returning to China

Roughly speaking, what will be ushered in at present can be called the third wave of China Concepts Stocks listing.

The first wave is a giant Alibaba. In April 2018, the HKEx launched the reform of the AB share system. Not long ago, Alibaba said, “we have said since the first day of listing in the United States that we will come back as long as conditions permit. Our attitude has never changed.” Before making the HKEx wait too long, at the end of November 2019, Alibaba fulfilled its promise and successfully went to Hong Kong for a dual listing. Although there is only one Alibaba family in this wave of return, they can bear the title of “one man into an army” regardless of the record amount of fund-raising or huge trading volume.

The second wave includes three giants: JD, Netease, and New Oriental Education & Technology Group. In June 2020, two Internet giants, JD and Netease, successively went to Hong Kong for a secondary listing. At the end of October, New Oriental also successfully landed on the Hong Kong stock market. Before that, in early 2020, after the financial fraud scandal exposed by Luckin Coffee, China Concepts Stocks fell into a new round of trust crisis. The turbulence of the capital market and the spread of the trust crisis make it difficult for China Concepts Stocks to move forward. In May of the same year, the U.S. Senate passed a foreign company Accountability Act, which has a very obvious meaning for China Concepts Stocks.

In the instinctive trend of seeking advantages and avoiding disadvantages, China Concepts Stocks generally has the intention to return to the China domestic stock market, but the specific time to return depends on the “an opportune moment”. To put it more bluntly, when the business performance is poor and the performance lacks highlights, it is a question of whether the China domestic market will sincerely welcome it and whether it can get enough financing in A + H shares.

However, I believe that it is not difficult to find a suitable opportunity in the short term for most of the China Concepts Stocks. After all, China Concepts Stocks are all local companies based on the China market, and China’s efficient response to the epidemic has made the domestic market take the lead in rejuvenating. Therefore, more and more local companies will have the opportunity to get strong support from the domestic market.

In a number of Chinese companies that have not yet returned to China for listing, Baidu’s willingness to return is particularly strong, and now the time is ripe to return.

Baidu’s statement that it wants to return to China for listing maybe even earlier than Alibaba’s. As early as in March 2018, Robin Li, CEO of Baidu once said, “when we went to the United States for listing, it was because conditions were not allowed, but when conditions permit Baidu to come back, it is sure that we can come back to the domestic stock market as soon as possible.”

In the near future back to Hong Kong dual listing, for Baidu, the time has been more suitable. From the second half of 2020, Baidu’s mobile ecological core business began to grow. Meanwhile, the new business of artificial intelligence accelerated its landing and ushered in favorable policies. In the industry, more and more people think that Baidu has begun to “hit the bottom and rebound”, and its share price has rapidly recovered. Many investment and research institutions at home and abroad have also begun to evaluate it as “strong buying”.

Today, many investors have recognized the trend of Baidu recovery. Therefore, it is not a bad choice for Baidu to speed up the pace of return to Hong Kong in the near future, or still smoothly promote the listing back to Hong Kong. The only difference is that the latter may make Baidu more profitable.

In the current US stock market, Bilibili (NASDAQ: BILI) is still a popular star stock, has been red to purple.

The growth miracle of Bilibili in the US stock market in 2020 is comparable to that of Tesla. From January 1, 2020, Bilibili held a new year’s party, to the trilogy of “New Wave”(后浪), “Into the Ocean”(入海) and “Happy Meeting”(喜相逢), which caused great controversy, and then to the successful launch of “BiliBili Bili video satellite”. In 2020, Bilibili successfully broke the circle, and the stock price also soared. From January 2, 2020, to December 31, 2020, the stock price increased by 360.37%.

Judging from the performance of the stock market, the current Bilibili should not have too urgent demand to return to China for listing. But Bilibili, which has been losing money year after year, actually has a very urgent financing demand.

In fact, behind the high growth, the commercial anxiety of Bilibili has not been solved. According to the financial report of Bilibili in the third quarter of 2020, its monthly active users increased by 54% year-on-year to 197 million, and its revenue increased by 74% year-on-year to 3.23 billion yuan. The problem is that the growing cost of Bilibili is a little high. Behind the rapid growth of users and income, the incentive expenses for creators, self-made content expenses, and marketing expenses are also rising. As a result, the net loss in the current quarter increased 171% year on year to 1.1009 billion yuan.

To make matters worse, after Bilibili broke the circle and made great efforts to explore multiple aspects, and watermelon video and other competitors launched the “China Video War” against it, the competitive pressure Bilibili is facing is still rising, which means that Bilibili has to bear more and more financial pressure. Therefore, further broadening financing channels has become an alternative option for Bilibili to consider. From this point of view, the motivation for Bilibili to return to China for listing has been quite sufficient.

Recently, a number of media reported that Bilibili has formally submitted its listing application to the HKEx and plans to list in Hong Kong for the second time in March. According to the rules of the HKEx, a secondary listed company must have a good regulatory compliance record in another exchange for at least two financial years. Calculate the time, by March 2021, Bilibili will just be able to meet this requirement, and the time is ripe.

More China Concepts Stocks are on the road to return

To be sure, a new wave of the stock return boom has begun to warm up. 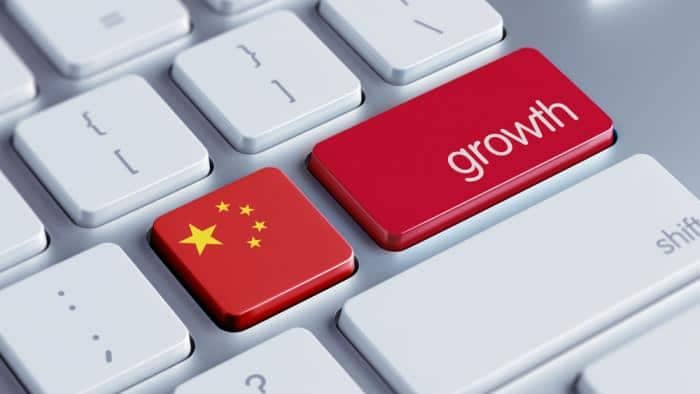 In recent years, the U.S. stock market deliberately aims at the continuous and unprovoked suppression of China Concepts Stocks, which is constantly reducing the trust of global enterprises and investors in the inclusiveness and certainty of its rules and regulations. At the same time, with the increasing maturity of the domestic capital market and the further enhancement of the inclusiveness of domestic policies, these star companies that were originally in China have more opportunities to take root in China.

Today, the domestic stock market has a more mature environment and stronger capital strength. Therefore, it has become a certain trend for China Concepts Stocks to flow back.

Of course, it is not only helpful to broaden financing channels and avoid risks for China Concepts Stocks to go back to the domestic stock market for a dual listing. It can also allow more domestic investors to participate in the growth of these local innovative enterprises. There will be a chance to achieve a win-win or even multi-win result.

Baidu Biomap Completed A New Round Of Financing