Due to regulatory and geopolitical factors, Chinese big tech firms are increasing expend on US lobbying to influence the US government’s attitude towards them.

Lobbying is when a business hires someone to bring ideas to U.S. federal officials or members of Congress.

According to OpenSecrets, a US political donation database, Huawei, ByteDance and Alibaba respectively spent $1.4m, $1.2m and $820,000 on lobbying in the third quarter of this year, which became the top three Chinese companies in terms of spending on lobbying.

After a change of administration in January, the United States still limit Huawei’s business around the world. Huawei is seeking to rebuild its relationship with the Biden administration. PengBo, a Huawei board member and senior vice president, wrote in May that he was willing to “discuss anything” with the United States and hoped “the United States will change the way it treats Huawei and global technology companies based outside the United States.” Huawei later paid $500,000 to Tony Podesta, a senior U.S. Democratic lobbyist.

In addition, Huawei has hired more full-time lobbyists in Europe than American tech giants like Facebook, Google, Microsoft and Apple, to try to avoid being shut out of the EU’s 5G infrastructure market.

ByteDance was the second most lobbied Chinese company in the quarter. Its TikTok app has 1 billion active users outside China. As its influence grows, so does the regulatory pressure. This week, the U.S. Senate’s Subcommittee on Consumer Protection, Product Safety and Data Security questioned TikTok at a hearing about whether it collects too much information about teens.

Alibaba’s main lobbying issues are about trade, including issues related to China-US trade policy, e-commerce market access in the US, and export promotion for small and medium-sized enterprises. Alibaba is a longtime client of Washington’s K Street lobby, hiring lobbyists ahead of share buyback from Yahoo in 2011 and its 2014 IPO.

Tencent’s main lobbying issues are related to the US government’s ban on Wechat and the video and gaming industries. 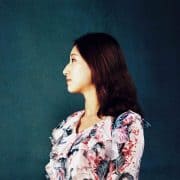