Warren Buffett’s Berkshire Hathaway said it agreed to buy insurer Alleghany for $11.6 billion in cash. “Berkshire would be the perfect permanent home for Alleghany, a company I have followed closely for 60 years,” Buffett said in a statement.

Alleghany, which owns property and casualty business, is seeing property and casualty pricing rise across the board as insurers hedge against climate-related losses and the impact of low-interest rates. The company also owns a range of non-insurance businesses through acquisitions, including steel manufacturing, toys and funeral supplies. The company has also earned the nickname “mini Berkshire” because of its similar investment strategies.

The $848.02 per share purchase price is the result of Berkshire Hathaway’s proposed $850 per share price less about $27 million in fees for Alleghany to hire Goldman Sachs financial advisers, according to people familiar with the matter.

Still, the Alleghany acquisition remains Berkshire’s largest deal since 2016, according to compiled data. But the $11.6 billion needed for the deal is a small amount compared to Berkshire Hathaway’s massive $146.72 billion cash hoard at the end of 2021, and it doesn’t belong to the “elephant” Buffett has repeatedly referred to. level” trading opportunities. 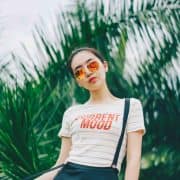