“I want to make valuable contributions to society,” Manto wrote on her Weibo account.

Amid Heavy downpours and floods in Henan province that had claimed 302 lives by August 2, 2021 and impacted the lives of millions, big businesses were moving to make donations and rescue teams from other provinces of China hopping on vehicles to help disaster relief. Meanwhile, an online rescue was launched by a group of young minds in the central province of China, who raced against time to save lives and mitigate economic losses by harnessing technologies.

At 20:57:12, July 19, 2021, a shared document that allows public editing was created by them so as to provide a platform for people to seek help and share rescue information.

With the circulation of the shared document across the Internet, more volunteers joined the collective efforts and collaborated on collecting, sorting, and fact-checking rescue information in the document.

The document even got its front page and later had new sheets that provide information on rescue teams, online medical services, shelter locations, and places where people can have access to electricity when many parts of the cities in Henan were flooded. Subsequently, information on support groups on WeChat and WeCom, mini-apps that help flag locations, and quick support channels were also added to the document.

According to China’s state-owned media CCTV, Li Rui (under the user name Manto on Weibo), a finance freshman at the Shanghai University of Finance and Economics, was the creator of the document. Living in the southeastern Henan province, Manto’s hometown did not encounter the flooding. But Manto was deeply disturbed by the news reports on the floods on Weibo and wanted to help.

According to Manto, she was resting on bed browsing through social media on the evening of July 20 after seeing her dentist. At that time, the hashtag HenanSupport was already trending on Weibo. News reports about how people were trapped for 12 hours without food and water were all over Weibo. Manto’s heart sank as she browsed through the news and people’s posts that called for help.

Manto got in contact with her senior at the university who has experience volunteering for pandemic control and prevention and quickly formed a plan to provide help on the Internet. She posted her plans on her WeChat Moment:

Manto’s post received instant responses from her classmates. Over 30 people joined her initiative to help people in the province. Later Manto created several WeChat groups to include more volunteers into the initiative. “We thought about using Excel first, but realized that it is hard to update an Excel file in real-time,” she recalled. “then we decided to go with a shared document that can be edited by collaborators real-time online.” She created the shared document at 20:57.

According to Manto, there were three objectives for the initiative: information collection, information fact check, and information update on the distress call and rescue effort.

Xiao Li was the first volunteer to join to help with collecting information. In the beginning, Li and Manto collected distress calls from Weibo. But it was inefficient and might result in repetitive work. Eventually, Xiao Meng, another volunteer suggested using Python to automate the information collection process to make it more efficient. It took Meng only around ten minutes to collect distress call information and send them to their group. The information was later updated to the shared document.

Considering there might be chances of missing out on distress calls from people who might not use Weibo very often, Manto created a WeChat group for collecting distress calls. The information on the WeChat group was managed and updated to the shared document by Zong Miao to avoid repetition and privacy information leaks.

During the fact-checking stage, Manto and Meng worked together to check whether the distress calls had been responded to and whether the people who sent them had been rescued. If not, they would contact rescue teams. The fact-checking process later got 200 people involved, as tasks were distributed to different groups to make active communication with people on the ground and update the information on the shared document. The 200-people team also labeled the priority of the distress calls based on the flood situation, location, whether rescue teams have been contacted, and nearby supplies, etc. However, many people on the ground were cut off from the network at that time as the floods destroyed many communication infrastructures, which made it very difficult for the team to proceed with their rescue work.

The status of the rescue missions was also simultaneously updated on the shared document, which allows the team to track the recuse process. The team later update information on rescue, medical service, shelter, and counseling to the document.

“We then launched a nearby rescue initiative, which we brought about in the group. People who need help would send their location to the group, then people nearby could go provide help. We then created two WeChat groups for offline volunteers,” Manto recalled.

The grassroots bottom-up rescue initiative was not merely one online shared sheet. It was buttressed by a 32-people team that was responsible for information collection, two rescue information groups, two nearby rescue groups, and a professional rescue group.

One family, including one adult and two children, were saved, the shared document updated at 23:12:23. The adult from the family also updated the comment on the document, saying that they were able to find a ride back home.

“I almost cried when I saw that message,” Manto said excitedly.

At 03:56:54, the second and third rescue attempts were completed. A girl who was having a fever and an 84-year-old elderly were successfully rescued.

Individuals and businesses provided over 50 shelter locations on the shared documents.

A new sheet dedicated to medical information was created.

Medical professionals volunteered their service and started an online medical service group, providing their expertise in self-help. For instance, some doctors provided with helpful information on how to undergo child delivery at home when going to the hospital is not an option.

Twelve hours had passed since the creating of the shared document. As more and more people started visiting the document, the document began to crash.

“From two o’clock on 21st, there was already so much data on the shared document that we could no longer manage,” Manto recalled. “Medical professionals started to join in and we were having supplies constantly coming in. More sheets on rescue information were created. There were so many people that we’re editing the document while the document became view-only.”

A professional volunteer organization then joined the initiative to help with rescue efforts while Tencent also came to offer help with the technical aspects of the shared document, Manto said.

Tencent Docs’ product team had been providing support for the rescue initiative. The team quickly got in contact with Tencent Cloud and the security department to coordinate technical support. They focused on two technical areas in helping the initiative.

Firstly, Tencent Docs created 33 disaster relief templates for information collection and sharing for governmental departments, rescue teams, and charity organizations to maximize its utility as an information-sharing platform. Secondly, Tencent Docs worked to utilize its advantage in online collaboration by having its technical team expand editing capacity to include more people in online collaboration. This helped people quickly share information and call out for help.

This is not the first time Tencent to encounter an emergent situation where it needs to provide support for emergency responses. During the pandemic lockdown last year, many residential communities, schools, and companies relied on Tencent Docs for collecting and sharing information and working from home. That was when Tencent Docs created an emergency response protocol that coordinates its product, technical and maintenance teams for urgent situations.

In the critical 24 hours for disaster relief, the shared document garnered support from thousands of people and helped save lives.

“The disaster has helped me realize what I want to do in the future,” Manto wrote on her Weibo. “I want to be a person who can make valuable contributions to society.” 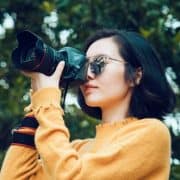